From the few kilos of bulbs that our grandparents used to cultivate in their vegetable gardens, which were looked after and handed down from one generation to another, we started our own production.

All our packages, in addition to include the purest saffron produced in the heart of the Val
d’Orcia Artistic Natural and Cultural Park, enhance with a booklet with our stories and recipes.

Saffron is perfect for haute cuisine as during drying process it is not contaminated with resins or smokings.

It could be the possibility to request the integration of anti-theft system inside the package.

On sale saffron is powdered or in whole stigmas.

Buying stigmas you have the security of purchasing pure saffron and this is our choice.

“Pura Crocus” saffron is put on the market in stigmas.

The external packaging guarantees protection from light, an additional guarantee of quality and integrity that we wanted decided to let the taste and smell of our saffron come to you perfectly intact, as we ourselves are used to.

Before using, the stigmas are soaked in warm water or other liquid. To have the best result from our saffron pistils, they can be used in two ways:

a) Put the pistils in hot water or other liquid for over an hour so that the color and aroma are released.

Both the liquid and the stigmas may be used to prepare your recipe.

b) Place the pistils to use on a piece of parchment paper and chop until they turn into dust. Pour the powder into the dish during the last few minutes of cooking, thanks to this process the flavors will be intensified.

On a selection of cheeses or ricottaOn a slice of bread (indescribably good with fresh butter)On cooked fruitOn a biscuit or on a cake for dessertIn fruit cakesWith natural yogurt and fruit salad.… and in 1000 other ways.
BUY NOW
DOWNLOAD THE FLYER

My grandfather also called it Symphony or Elisir “Come on, give me a couple of spoons of Symphony that today I never stopped and the night is long …”.

With passion, simplicity, modesty and a lot of enthusiasm we try to bring to your table a Symphony of aromas and properties that was born in the heart of the Val d’Orcia from an ancient and secret recipe…

The Red Heart of Val d'Orcia

Stigmas from 120-150,000 flowers are needed to produce one kilo of dry saffron. Fifteen flowers of saffron produce on average 0.10 grams of
finished product, that is to say 150 flowers per gram. 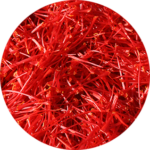 The yellow-gold color and its aroma come from unique qualities of the plant. 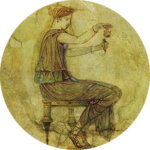 The Saffron coltivation and use has ancient origin in the human history and culture. 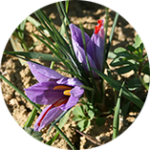 Numerous legends and stories describe the virtues and qualities of saffron. 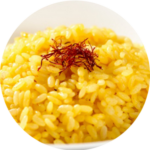 Today saffron is used as for the preparation for traditional recipes as for haute cuisine.